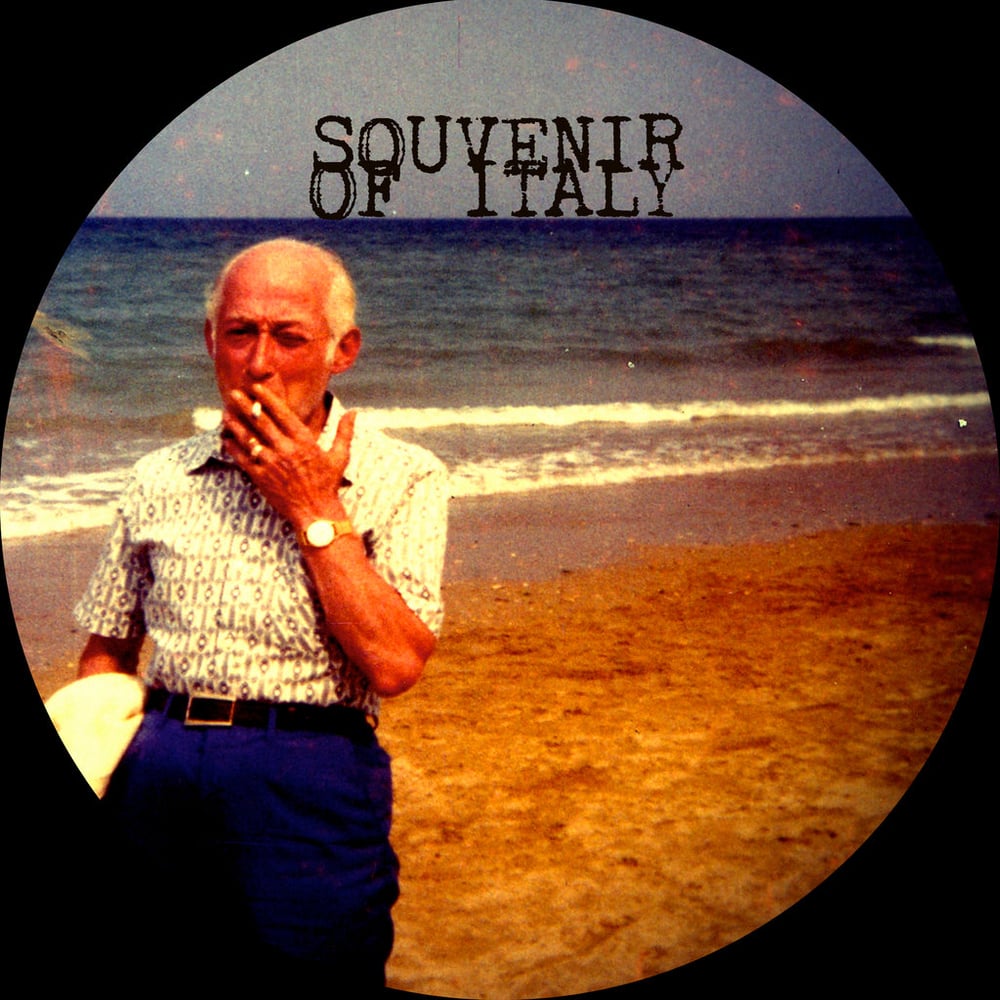 Limping ditties shake furious inside an old echo’s room. Take again the steady dancing of the not create thinking of age ’70: Telaio Magnetico, I Fiori di Mario Schifano, Aktuala, Caludio Rocchi, Osage Tribe, Juri Camisasca, Albergo Intergalattico Spaziale, N.A. D.M. A, Lino “Capra” Vaccina, Pierrot Lunaire, Opus Avantra. And then The Carmelo Bene of wet of cockroach and stew cellars, the Cesare Canevari, Alberto cavallone, Gualtiero Jacopetti, Nico D’Alessandria, Alberto Grifi, Ugo Nespolo, Piero Bargellini and Mario Schifano’s Cinema. The Electronic music of Egisto Macchi whisk.. with the anti-art saliva of Cramps and BlaBla records. GustoForte whisks the crazy metaphor of the American no-wave with the violent throb of roman “barcaroli”. Sonorous sandpaper flood of organic humours. To describe the sound and the Sounds that regurgitate in GustoForte it’s enough to say the word Malagrotta: the rubbish dump that embraces Rome from 40 years, 240 hectares of mud and refuses. GustoForte is a rubbish heap of the memory that shapes the useless mud of nationals vanguards to more new shapes full of faith popular mire.
It’s all.

Only one record published in the spring of’ 1985 in 200 copies, sheet cover to keep the sonorous clue into the tracks. Only two live performances. About the second work on published only the lacquers. Then on lose the tracks. At least those visible. Because those underground was frequented so much. Gusto forte rejects the idea of the Independent scenes, too much belonging to an “critical” idea of post-fascist juvenile movement. It prefers and likes better the word “autonomous”: free of prefixed schemes, of distributive shape rhetoric and boogy. GustoForte prints records but only limited copies, audios cases forced from serigraphies and blueprints, prints blurred and drew foto-romances. For a not selected public, casual, autonomous from conditioned choices: it leaves copies in stations, squares and buses stops. Lisbon, Paris, Rome, Palermo, and Bucarest. For years Gusto Forte unsettles the not-public of art. In the aggregate 17 autonomous publications. Then the meet with “Plastica Marella” (editor in modern sense) who make her manifest about the autonomy opposed to the independence. Out of the schemes for contain all the schemes, the contradiction like fury of art, the obscene like way of liberation. GustoForte and Plastica Marella (editor in modern sense) transform the incoherence in a artistic shape for ward market, sale of relics for art’s bigot. Or at least the awkward attempt to set in order in the GustoForte’s confused catalogue and then give it like food to all the starving. The picture disc contains two tracks composed around the half of years 80’: “Souvenir of Italy” and “La merda che fuma”. Souvenir of Italy born in the 1986 and had to be print like second work of GustoForte some months after the registration. But the editor failed and everything remained unfinished. 12 record players hungry of Italian sound collide with the resonant mud of GustoForte: necrophile descent into the hell of the national memory. The second track “La merda che fuma” belongs to a live registration made in the 1985 at the Beat ’72 Theatre in Rome, one of the places of old roman vanguard. The composition was made on a writing of Osvaldo Licini “La merda che fuma”; Licini is one of the best modern Italian artist, painter, poet and immense agitator of Italian art.

A) "Souvenir of Italy" Recorded at AntiRome Studios, Rome, 1986
(had to be print like second work of GustoForte some months after the registration. But the editor failed and everything remained unfinished).
B) "La merda che fuma" Live registration made in the 1985 at the Beat ’72 Theatre in Rome.
(The composition was made on a writing of Osvaldo Licini "La merda che fuma")